I Agree With Bush, But In Another Context

Today President Bush said: "The essence of civilization is that the strong have a duty to protect the weak." This idea predates the Bible, but is also a major theme of the prophets of the Hebrew Bible. I totally agree with Bush's statement, only the president and I have very different ideas about what this means in terms of behavior. I think it means we should increase programs like Medicare and Medicaid, and that quality education, health care, and nutritious food should be free to all people in the world. His context refers to the life of one individual, who not-so-coincidentally happens to be a white woman in Florida. Remember all the Republican talk about State's rights during Segregation, well now that they control all three branches Federal law seems to be suddenly more important.
Posted by Michael Homan at 3:42 PM 3 comments:

Two of my best students, Roy DuBose III and Whitney Davis, today co-presented a paper entitled "Jonah in Biblical Hebrew: Puns and Wordplay" at Xavier's A Festival of Scholars. They have been learning Hebrew this semester and we've been reading Jonah in Hebrew. They did a great job with the presentation and the questions afterward. It was great how they were pronouncing Hebrew words, talking about tense, and how imperfect and perfect Hebrew verbs are not always easily matched in English. It made me proud to see students of mine presenting things that I find fascinating and important. It also helps to adverstise to the university that the Theology Department does some very academic things. Great job Roy and Whitney.
Posted by Michael Homan at 3:15 PM No comments:

In my Prophets and Prophecy class, on the first day, I have them write out a prediction of something that will happen over the course of the semester. I collect these, and on the last day of class, we read them. The student with the most amazing prediction that comes true gets a tiny bit of extra credit. Well, recently I've received emails from students that read like this one:

"Dr. Homan, did you see in the news today?!? About a thousand people died in Indonesia after an earthquake. I predicted that a natural disastor would kill thousands of people in the East! Those points are MINE!!!"
Posted by Michael Homan at 12:28 PM No comments:

I just got out of class, where a funny thing happened to me. I asked my students why are certain sayings of Jesus in the Sermon on the Mount (Matthew)/Sermon on the Plain (Luke) called "Beatitudes."

One of my best students said "It's because that's how your ATTITUDE should BE."
Posted by Michael Homan at 1:36 PM 1 comment:

According to a recent report from the U.S. Census Bureau, workers in this country without a highschool diploma earn on average $18,734, with the diploma $27,915, with a bachelor's degree $51,206, and with an advanced degree $74,602. Thus a college degree nearly doubles the annual income. I live in the South, which has the lowest percentage of highschool and college graduates. About a quarter of people in this country get a college education. On a personal note, I would appear to be underpaid.I have a Ph.D. and earn just over $40,000, not even close to the average income of people with just a bachelor's degree. So, kids, don't go into biblical studies for the money. I do love my job though.
Posted by Michael Homan at 1:26 PM No comments:

Happy Easter, and congratulations to BARF!
Posted by Michael Homan at 8:59 AM No comments:

Thou Shalt Not Kill and Technology

The Terri Schiavo case has been dominating the news here in this country, perhaps even in the world. I find these emotional flash topics to be interesting. And it is a good thing that people are filling out a living will. It is also good to reflect on these ethical issues. What upsets me the most about this is the typical religious response that cites the Decalogue, which in King James English translates "Thou Shalt Not Kill." Most of the signs spell "Thou" or "Shalt" wrong, but aside from that, this command has nothing to do with euthanasia, capital punishment, or even abortion. It simply prohibits the premeditated murder of another human being (after birth). The Israelites practiced capital punishment, euthanasia, even child sacrifice. Several people in the Bible commit suicide. Perhaps the most relevant biblical case to Terri Schiavo is Abimelek, the guy in Judges 9 who is mortally wounded and asks his armor bearer to kill him (verse 54). While Abimelek is by no means a hero, he is purposefully put to death in a form of euthanasia. But what complicates the matter in the Terri Schiavo case is technology. If she lived in biblical times she would have died 15 years ago when she entered the persistent vegetative state. There were no feeding tubes, no artificial breathing machines. People in her state would have died naturally, albeit without the comforts of hospice and pain killers.

So, why doesn't the husband divorce her and give the burden of care to her eager parents? From what I’ve read, it's because he loves her too much. In an earlier court proceeding the parents were asked at what point they would stop this artificial living. They said if she suffered diabetes and had to lose all four limbs they would keep her alive. They said that if her heart quit they would opt for an artificial one to keep her physically alive. At that point the husband decided that he would fight for her right to end her life. It reminds me of Robocop in many ways. Where do we draw the line between life and death?

Three more points that I find relevant but neglected:
Bush is hypocritical in his making this a political issue, as when he governed Texas, he signed the 1999 Advance Directives Act which not only gave the right to choose death over life to the spouse or primary caretaker, but also to medical experts. That is to say, if the Schiavos lived in Texas, she would have been dead 15 years ago. More important, the Republican agenda is fighting so hard to cut Medicare by billions and to limit big financial rewards in medical malpractice lawsuits. Terri Schiavo, the poster child for Republicans and the upcoming battle over abortion/pro-choice, was kept alive to this point only with huge Medicare and a $750,000 reward from a medical malpractice suit. How can politicians fight so hard for this one woman while at the same time arguing for legislation that will harm, impoverish, and even kill hundreds of thousands? We need a biblical judge to open up a big can of whoop ass on these oppressors.
Posted by Michael Homan at 8:09 AM No comments:

Does Mel Gibson Own This? 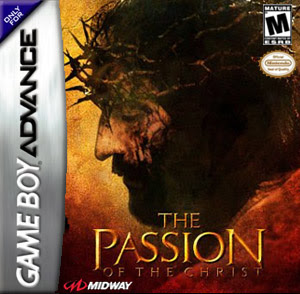 Supreme Court, Decalogue, and Me

This morning I received an email from my PhD professor at UCSD and friend Richard E. Friedman which said that a book that I co-authored called The Nine Commandments was cited in the recent Supreme Court case involving the public display of the Ten Commandments. The attorney who was arguing against having the monument said in his brief that there is no non-sectarian version of the Ten Commandments. Jews, Catholics, and Protestants all list them (and sometimes translate them) differently. And to cite a source for this point, he chose The Nine Commandments. You can view the legal brief in pdf format here.

First, I am glad that the side of this debate with which I agree used the source. Second, as minute as it may be, I think it is pretty cool that something I wrote was cited by the Supreme Court.
Posted by Michael Homan at 8:59 AM No comments:

BibleDudes Is Out of the Closet and Assessing Blogs

Over the weekend at a regional ASOR meeting in Dallas I co-presented a paper with my student Whitney Davis about using technology with teaching. The paper was called BibleDudes and Blogging: Technological Applications in Teaching Biblical Studies and Biblical Archaeology. It involved the Theology 1120 blog I've been working on with Bart Everson. In discussion following the paper I realized that I need a better way to assess if the blog is helping me to meet my goals. I do use student evaluations, but I need other means. I think I should contact students about a year or two after they take the course and see if writing so much in the blog for my course helped them later with writing assigments. I don't feel comfortable dividing my sections into two, one with the blog, the other without. So if anyone has any ideas on how to assess this blog project, I would love to hear from you. I want to write this blog project up for a journal article but I feel it would be better if I had a better way to evaluate it.

But, aside from that, this presentation was the first time that the website BibleDudes was promoted at an academic meeting. I presented the parts that pertain to archaeology, especially the stratigraphical layers of the Levant (to launch click the trowel 3/4 of the way down the previous page), and I got some very positive feedback.
Posted by Michael Homan at 9:33 AM No comments:

There is an article about me in the newsletter This Month at Xavier.
Posted by Michael Homan at 1:14 PM No comments:

"I got into this class by mistake. I did not know there was an intro to biblical studies course at xavier. I thought all intro to theology classes were about intro to theology. I found out that there is a difference. One of my line brothers told me to take christian ethics because it was the easiest theology course so i tried to get into it but i couldn’t. So i finally went to class and found out who my teacher was, Dr. Homan. After the first class i was discouraged because it seemed like it would be a lot of work. I got even more discouraged when I found out he co-authored THe BIble for Dummies. My teacher really would know what he was talking about. The breaking point was when i looked on the blog page and noticed that one of my good friends had taken the class. I asked him about Dr. Homan. He literally yelled at me to get out of the class. He said its not worth the work. The blogs are very hard to do because you have nothing to write about after a while. but I couldn’t get out so I sucked it up and started reading the assignments."

This was pretty amusing. Thanks to Bart for the link.
Posted by Michael Homan at 9:16 AM No comments: